Week 1 was dominated by the underdogs, and we cover that and more in our betting recap of the start to the 2021 NFL Season. 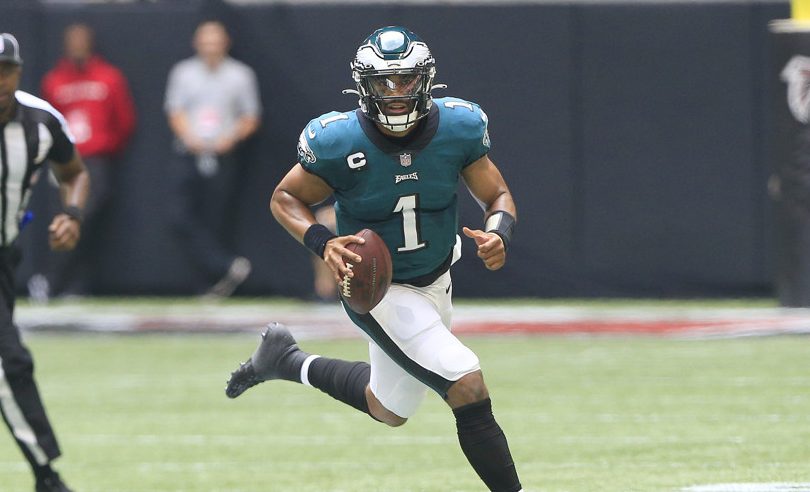 The 2021 NFL season got off to a wild start with Tampa Bay-Dallas on Thursday. Week 1 ended with a wacky overtime contest between Baltimore and Las Vegas in which the Raiders came back from 14 points down and squandered an overtime goal-line chance, only to get the ball back and win it after a Lamar Jackson fumble.

In between, underdogs dominated by covering the spread in 12 of 16 games. Over half of the underdogs won outright. The two biggest dogs got covers in losses, though in completely different ways.

Dallas held a late lead as a 9.5-point underdog on the road against the defending Super Bowl champions before ultimately falling short. Detroit improbably went from trailing by 24 points at the two-minute warning to also covering 9.5 points with a touchdown, an onside kick recovery, another touchdown, and then a San Francisco fumble. Detroit actually had a chance to tie it late despite getting dominated most of the game.

In a week sure to lead to plenty of overreactions and talking points, let’s get to the summary.

NFL Week 1 By the Betting Numbers

(To search for your own NFL betting trends, we invite you to use the beta version of our BetIQ Trend Finder Tool.)

Teams favored by 3.5 points or less went 3-8 SU in Week 1. Not only did they lose, but several got embarrassed. Four of those favorites lost by more than 14 points: Atlanta, Green Bay, Jacksonville, and Tennessee.

Aaron Rodgers and the Green Bay Packers were not on the same page for much of the offseason, and the team laid a stinker in the opener. Green Bay managed only 229 yards of total offense, the fewest of any team in Week 1. That understates how bad it was, because 85 of those yards came after the score reached 38-3 and Jordan Love replaced Rodgers in garbage time.

Rodgers threw for only 133 yards, completed barely more than half of his passes and threw two picks. Meanwhile, Jameis Winston racked up five touchdown passes on only 20 passing attempts, as the Saints played with a lead all day.

The Titans had the second-fewest yards of any team in Week 1, as the debut of the Julio Jones-A.J. Brown combo at wide receiver failed to produce fireworks.

The Cardinals’ defensive line looks like a problem with the addition of J.J. Watt alongside Chandler Jones, who recorded five sacks. That’s the highest number of individual sacks in Week 1 since Derrick Thomas recorded six of them to open the 1998 season.

In the first of two matchups between two first-year head coaches, Atlanta got soundly outplayed.

Aaron Rodgers will probably draw more attention from talking heads this week, but Falcons QB Matt Ryan likewise struggled mightily on Sunday. Ryan averaged fewer than five yards per passing attempt, and Atlanta got outgained 434 to 260 by an Eagles team that looked explosive with Jalen Hurts at QB.

The Jaguars got crushed early against Houston in head coach Urban Meyer’s debut. They could not stop the Texans’ offense, which doesn’t bode well for their ability to stop anyone this year.

Tyrod Taylor threw for 235 yards in the first half against Jacksonville’s porous defense, and he finished with 291 passing yards, which is tied for the third-most in a game in his career. Jacksonville QB Trevor Lawrence threw 51 passes in his first career start thanks to the team falling behind early and trailing all game, and he also threw three interceptions.

In this section each week, we will list a summary of drives that ended with turnovers, but not only official turnovers like interceptions and fumbles.

The table is sorted by total drive-ending miscues. You can see a clear relationship between teams that had more of them and those that failed to cover the spread. Teams that had four or more went 1-6 ATS in Week 1. Teams that had one or fewer went 9-2 ATS.

Putting the Turnover Results in Context

You might not want to write off Buffalo despite Pittsburgh’s Week 1 upset victory.

Tennessee led all teams with six drive-ending miscues: three turnovers, one missed field goal, and two turnovers on downs. So while it was a frustrating day for the Titans on offense, they also had a lot of key events that made the result look worse.

New England had only two turnovers, but Damien Harris’ fumble as the Patriots were near the goal line late in the fourth quarter was costly. The Patriots looked poised to take a late lead, but they instead never got the ball back and lost by one point.

Cleveland covered +6.5 but lost to Kansas City with a minus-3 turnover margin. The Browns had two fourth-quarter turnovers, including a turnover on downs in the loss.

Cleveland had the most yards in regulation in Week 1 (457) but still managed to lose the AFC champions in the opener because of those key mistakes.

Finally, here are links to the most up-to-date info for ATS and over/under records so far in 2021.

You can check out more trends on our BetIQ NFL betting trends page.