Does the age of a team's offense impact its performance against NFL win totals betting lines? Here's what historical results data says. 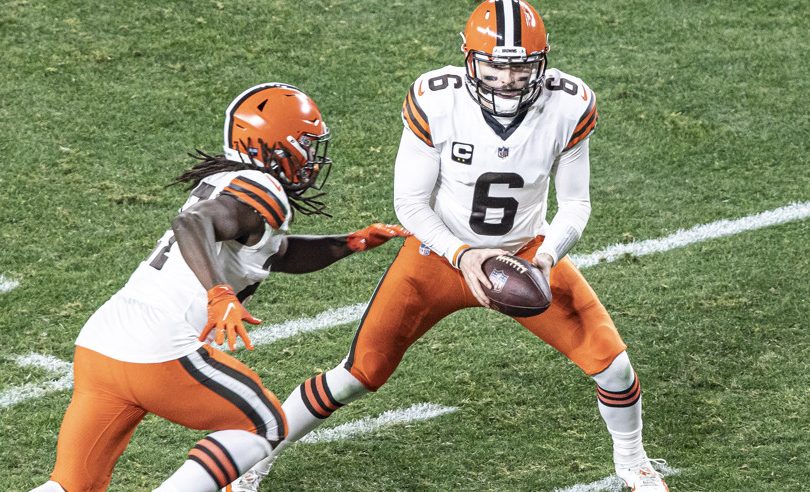 In the NFL, teams can come and go, replacing starters frequently, and seeing the stars of a few years earlier quickly fade. In the final article in our series diving into some NFL team win total factors to consider, we will examine whether knowing the age of a team’s offense can provide any insights on whether a team is going to underpeform or outperform expectations the next season. We have previously looked into both coaching and quarterback factors.

But rather than just using the average age of a roster, we are going to use a concept introduced by Chase Stuart at Football Perspective. We have adjusted the age of each offense by the Approximate Value as displayed on Pro Football Reference. Approximate Value (AV) seeks to assign a value to each player on a team, based on things like number of games started and played, counting stats (if available for the position), awards such as pro bowl recognition or all-pro status, and positional importance. In this way, the starting quarterback or best wide receiver counts more heavily than the backup guard when it comes to the “age” of the offense.

We don’t know what the ultimate functional age of the offense will be for the upcoming season, as injuries and player breakouts can change how young or old an offense looks. But we can look at the age from the just-completed season to see how teams that were relatively younger or older the year before perform in the next season.

Here is how teams did the next year relative to expectations, based on their AV-adjusted age from the previous season.

A very small subset of extremely young teams underperformed expectations. But other than that, the older teams went Under the number more frequently than those with an AV-adjusted age the previous year between 25.6 and 27.6 years old. There were over 100 teams with an AV-adjusted offense age of 28.1 or older, and they underperformed expectations based on the preseason win total by more than 0.5 wins on average, and went Over less than 45% of the time.

Next we’ll take a look at the changes year-over-year to an offense’s age, and how those are related to performance against the win totals. To be clear, this is looking at how the age changed over two seasons, and then what happened in Year 3. Take Baltimore from 2016 to 2018 as an example. The Ravens went from an AV-adjusted offensive age of 28.5 in 2016 to 27.3 in 2017, a drop of 1.2 years.

That change was largely driven by replacing several aging players on the offensive line and receiving group, including:

Baltimore, then, for 2018 is included in the group of teams that saw the age drop by 1.2 years the previous season.

Teams that got significantly younger the previous season (by at least 1.3 years) went Over the total more often than not. So did teams that got significantly older, though, presumably by adding key veterans to replace underperforming younger players. The 2020 Tampa Bay Buccaneers are an example of the latter, bringing in Tom Brady, getting Rob Gronkowski out of retirement, and adding Antonio Brown to a younger nucleus of players. (Tampa Bay’s AV-adjusted age on offense in 2020 was 2.2 years older than in 2019.).

We’re just speculating here, but these large age shifts in either direction could be a signal indicating a lot of roster churn the previous season. Perhaps these rosters stabilize a bit the following year, and the team gels. Or, the large changes could indicate a rash of injuries changed the makeup of the team the previous season, and with better injury luck the following season they bounced back.

Finally, here are teams divided into three groups based on their preseason win total, those with 6.5 or fewer wins (teams projected to be bad), those with between 7.0 and 9.0 wins (projected average teams), and those at 9.5 wins or more (projected good teams).

Teams with 6.5 expected wins or fewer

The majority of teams with win totals of 6.5 or less go over the total. Being old and bad is a tough combo, though. Teams that were old on offense (AV-adjusted age of 28.1 or more) the previous season and then were expected to be at the bottom of the league have underwhelmed.

Teams with between 7 and 9 expected wins

Interestingly, it’s been the younger teams that have struggled in this range, coming off perhaps a surprise season or expected to emerge into respectability. Cleveland in 2019 and Jacksonville coming off their AFC Championship appearance in 2017, for example, are among the young teams that underperformed expectations in this group.

Teams with 9.5 or more expected wins

Finally, among the teams considered the biggest contenders for playoff spots entering the season, old teams from the previous year again struggle. Teams with high win totals that had an AV-adjusted age of 28.1 or older the previous season underperformed by more than one win compared to the win total.

As you can see, some teams with veteran quarterbacks–Green Bay, Tampa Bay, New Orleans, and Atlanta, were among the oldest teams on offense last season. Meanwhile, Baltimore was the youngest, followed by Dallas and Denver.

You can also see that seven teams got younger by at least a year on offense last season compared to the 2019 season: New England, LA Chargers, Philadelphia, Dallas, Miami, NY Giants, and Washington. Those changes were due to a combination of changes to key personnel, particularly at quarterback, along with injuries that impacted who got playing time.