NFL Betting: Does Denver Have An Early Season ATS Advantage?

The Denver Broncos have some extreme looking historical trends in early vs. late season betting results. What can we make of the data? 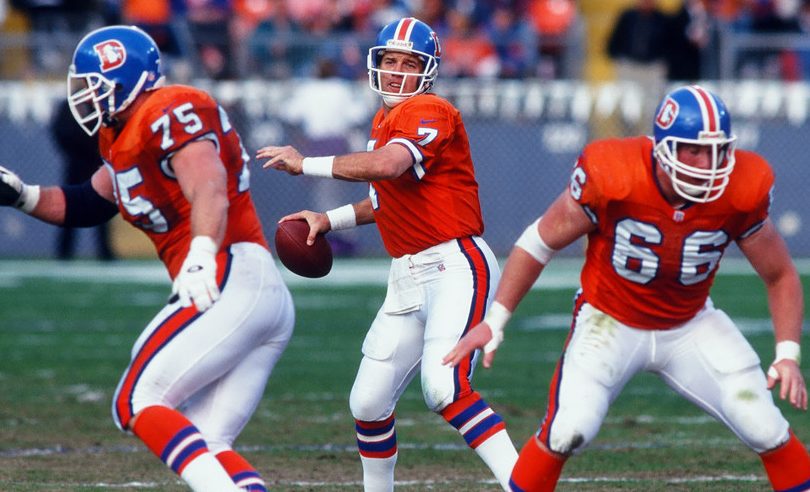 The Denver Broncos are a unique team in the NFL:

Because of some of these unique traits, when it comes to performance against the point spread, some results and trends involving Denver might not be as random as you would expect with other teams.

Denver Against The Spread and Point Total Results, By Week

We have NFL point spread results going back to the 1985 season. Here are the results for Denver, by week of the season, going all the way back to that year.

The results shown in this table include a variety of different Denver teams and team qualities, such as when they had John Elway, when they had Tim Tebow, the Mike Shanahan Super Bowl era, when they went 4-12 in 2010, Peyton Manning’s time in Denver, etc.

What stands out a bit is that Denver’s spread record late in the year is a losing one, compared with early in the year.

In contrast, Denver is 57-79-1 (42.0%) ATS in the final four weeks of the season, which usually corresponds with the month of December.

Let’s organize this into groups and also split it by home and away results. Here are the home results, divided into groups by weeks of the season:

And here are the road results:

Denver Broncos ATS and Over/Under Results, On The Road, By Season Segment, 1985-2020

Checking the Denver Splits Across Time

The amount of data we’re looking at here isn’t a lot, but Denver does appear to show a tendency to cover the spread more often early in the year, especially at home. The Broncos’ over/under results also have generally trended from Over to Under when comparing early to late season splits.

Sometimes things that look like longer-term trends end up being highly skewed by results from a few years that may not be very relevant any more, so let’s do another quick test. The game of NFL football has changed a lot since 1985, so let’s cut the data into two roughly equal time periods (1985-2001 and 2002-2020) and see if the trends hold.

As it turns out:

Theories on the Denver Spread Results

The sample sizes are too small here to definitively come to any conclusions; any trends we’re seeing could just be random. However, with Denver in particular, there are at least plausible theories that could help explain some of these numbers.

First, playing at elevation is an advantage if you are used to it and your opponent is not. (If you have ever traveled to the Rocky Mountains and tried to do some strenuous exercise you likely have experienced this phenomenon.) There’s a good reason that elite distance runners like to train at elevation.

At the same time, over the years NFL teams and players have gotten much better at at offseason conditioning, year-round training, and opponent scouting and preparation. So some of Denver’s more extreme past success may have been due to having a big training advantage and better conditioning at altitude than their opponents early in the season, but that advantage is dissipating over time.

Meanwhile, the primary potential disadvantage for Denver is its extreme travel schedule. Denver routinely travels further than most teams. Virtually every road trip is to a different time zone, at a distance that requires a lengthy flight, to a stadium at a much lower elevation. It wouldn’t be out of the question that travel fatigue could start having an outsized impact on the Broncos toward the end of the season.