How Our Official Fantasy Football Player Projections Were Created

The fantasy football player projections are out. Here is a summary of how we came up with these projections for the 2022 season. 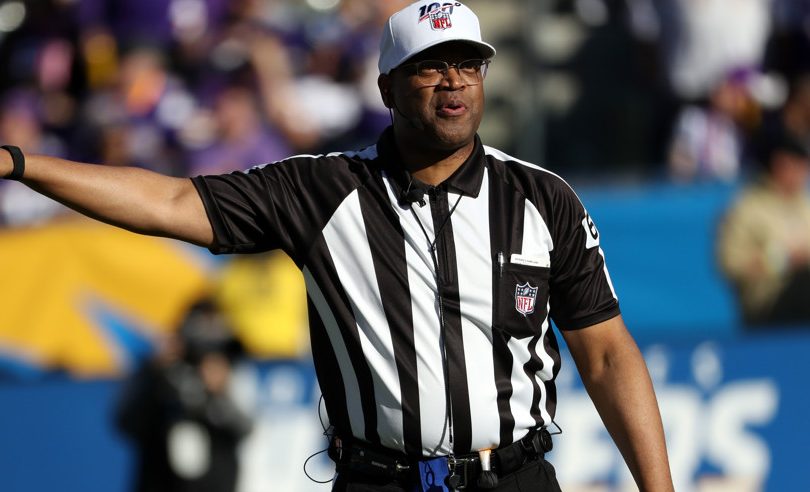 Our official fantasy projections are out, not to be confused with our fantasy official rankings, where Ron Torbert ranks in the top 5 (Photo by Kiyoshi Mio/Icon Sportswire)

Our 2021 Fantasy Football projections and fantasy football rankings are live. This post gives an overview of how we developed the specific player stat projections that go into how players are ranked.

The general method was:

We used three different models and combined all three for the final player projections. Those models were:

We found historical players similar to this year’s fantasy players at quarterback, running back, wide receiver, and tight end. To do so, we looked at 2021 stats. We also included personal characteristics and team stats for this year’s players, and found past players with similar profiles. We then used the following year’s results for those similar players to project how this year’s players will do in 2021. You can read more about the similar player model details here.

Finally, we looked at league-wide and team-specific trends on how touches, yards, and touchdowns were distributed among positions, and between players at each position. For example, the RB1 (the starting running back) for Carolina has a different volume expectation than the RB1 for the Philadelphia Eagles, based on how the teams have utilized those roles in the recent past.

Putting Them All Together

We combined the three fantasy points outputs, with the Similar Player Model weighing most heavily, followed by ADP Model (to incorporate market data) and then team usage.

For many players, the three model projections were very similar. But there are exceptions. If you see a player where our projection is either above or below the consensus, then there are three main explanations:

Why are Your Projections Lower Than Other Sites?

You may notice that our player projections are lower across the board than those from some other websites. Depending on which player you compare, they could also be lower than full 2021 totals for some stars.

Austin Ekeler, for example, had 1,558 yards from scrimmage and 20 total touchdowns last year. This year, we project Ekeler for 1,339 yards and 12.5 touchdowns.

The primary reason is that plenty of sites project stats based on an assumption the player plays all year. Our projections, meanwhile, include the real risk of injury and missed games. The ADP and Similar Players models use actual fantasy scoring of players, which includes seasons where games were missed to injury. Ekeler’s similar player-seasons, for example, include four different Brian Westbrook years, and he averaged 12.3 games played in the season that followed. It also includes two Alvin Kamara seasons, where the touchdowns regressed from around 20 to single digits the next year (One thing you will find in looking at similar seasons is that touchdown regression is quite common, especially from big numbers like where Ekeler ended up last year).

Real results that include injuries means our projections are a bit lower. If we knew Ekeler would play every game again, he would be projected for over 1,700 yards from scrimmage. But don’t worry, everyone is being projected under the same method. That means everything is relative, and all running backs are projected with less than 17 games played. So you should look at the projection differences between players. Ekeler is still near the top of our PPR running back rankings in 2022, even if he is projected, on average, to have fewer yards and touchdowns than in 2021.

One indication that our projections are more accurate is that when we have had a difference of at least 100 yards or at least one touchdown from the player prop lines on season yards or touchdowns offered, a pick in the direction of our projection has hit more than 65% of the time in each of the last two seasons.

The above explains the methods used to generate the initial projections for 2022. These projections should be good at the outset of players reporting for training camp, but could change with news about depth chart changes once the season approaches.

Most news in the preseason should not affect overall team projections, and not have much impact on established veterans with clear roles. However, injuries can happen, which can shift expected roles. Some depth chart battles are also less clear now. If more information emerges, we will adjust percentages for some situations. One example is a wide receiver situation where it is unclear who the starter is. If a starter emerges, that player will see an uptick in their projection, at the expense of other players they were competing with. And of course if there is sudden, unexpected big news (like, say, Deshaun Watson receiving a specific suspension from the NFL), then we will adjust a team projection accordingly.