Picks for Thanksgiving Day include double-ups on Bills vs. Saints and Bears vs. Lions, plus we drop our three upset picks for NFL Week 12. 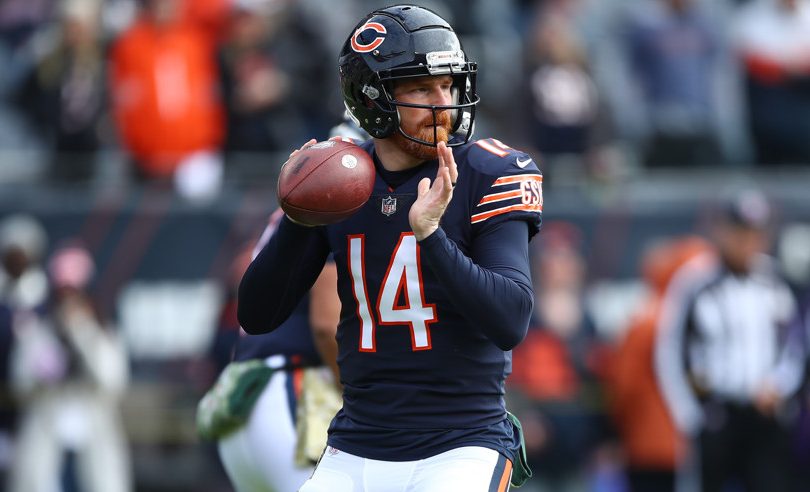 Welcome to BetIQ Daily, where we highlight a few sports betting picks from our premium data-driven models and analysis.

This is just a small sample of picks available over the next few days, which include college basketball, NBA, college football rivalry week, and the rest of NFL Week 12.

See all picks by subscribing or using our free 1-year subscription offer from BetMGM.

With our Week 11 Upset Picks including the big Houston win over Tennessee, we improved to +7.1 units against the moneyline (11-15-1) picking upsets this season.

(Remember that you can have a losing record and still make a nice profit betting underdogs at plus-money odds. A losing record is, in fact, expected with these picks.)

Here are our three “live dogs” for NFL Week 12:

Our algorithmic models use over a decade of data to predict every game across five sports.

As of post time, here are some highlights of prediction performance from our primary Ensemble Forecast model this season, for playable-rated picks (52.5% confidence or better) against game-day betting lines:

To view our model predictions and picks for all sports and all games, see our subscription page. (We’ve got a Thanksgiving Sale on now.)

We also have a free one-year subscription offer from BetMGM available in select betting-legal U.S. states, though some restrictions apply.

Thanks for reading this edition of BetIQ Daily!

We plan to try out some different things as we refine this column, and we’d love to hear your suggestions on what to include.

Send us your feedback or ideas at support@teamrankings.com.